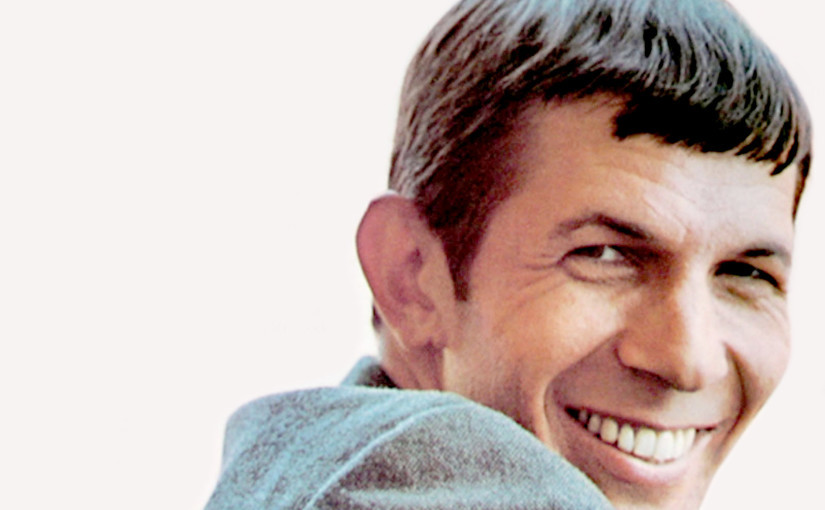 I am sad. The New York Times —

Leonard Nimoy, the sonorous, gaunt-faced actor who won a worshipful global following as Mr. Spock, the resolutely logical human-alien first officer of the Starship Enterprise in the television and movie juggernaut “Star Trek,” died on Friday morning at his home in the Bel Air section of Los Angeles. He was 83.

I am actually sad. As much as Star Trek was a part of my life, I had not felt this way when other cast members passed away in the past.

I suppose Nimoy was different somehow. My theory is that as Spock, he would (almost) never smile and that made his rare smile that much more important. When I think of Nimoy/Spock, it is his smile that I picture in my mind. When out of character, he was always smiling. This contrast forces an emotional connection or something. I don’t know.

What I do know is I am sad. For whatever’s worth, Nimoy was a part of my life.

You’ll be missed, Mr. Nimoy. I have been, and always shall be, your fan.